Find up-to-date West Loop condos for sale below! West Loop real estate for sale is a growing community which exemplifies the city lifestyle in downtown Chicago. With its parks, restaurants, and close proximity to downtown Chicago, West Loop real estate is rapidly becoming a neighborhood in which people are choosing to reside and work. The West Loop real boundaries are gravitating westernly, but generally the West Loop is bordered by Lake street to the north, the Kennedy Expressway to the east, Ashland Avenue to the west, and the Eisenhower Expressway to the south. Searching for further information on West Loop properties for sale? Arrange for a condominium showing by contacting your Chicago real estate experts today.

Looking to purchase or sell a condo unit in West Loop? Call (312) 810-6693 to reach the Seventy7 Group at Fulton Grace. Our local real estate agents are here to help you navigate the ins and outs of the West Loop condominium market. 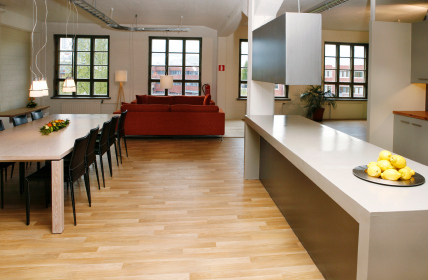 The majority of the real estate located within the West Loop is primarily shared housing with high-rise condominium buildings closer to downtown with lofts and townhomes nestled further west. When the warehouses in the West Loop closed, the raw space lent itself to designers and architects to convert these spaces to loft office buildings and residential units. The West Loop has the highest concentration of exposed brick and timber lofts in the city. West Loop real estate is popular for a few reasons: it makes for an easy to commute to work, and the area has a wealth of real estate from which to choose. The West Loop is one of the best neighborhoods in the city to integrate modern living with the history of the community.

Chicago’s West Loop neighborhood is the epicenter for true loft living for residents who want to keep it real and raw. Loft condos abound in this West Loop neighborhood bordered by Lake St. on the north, the Eisenhower Expressway on the south, the Chicago River on the east, and Ashland Avenue on the west. Modest one-bedroom starter lofts begin in the low $160Ks, and go to $1.5million for a super-charged penthouse on three levels with parking included.

This ultra-urban, former warehouse district is one of Chicago's hippest, up-and-coming neighborhoods, located just steps away from Loop. The West Loop shares corner space with fine galleries and some of the city's trendiest lofts and condominiums great for those who like being next to downtown, but enjoy a little breathing room as well. Even though the neighborhood had its start as an industrial storage center, the West Loop is making up for lost time by infusing the area with as much active life and entertainment options as space will allow.

Beginning with a couple public parks, the community is far from deprived of open expanses of green or recreation opportunities these days. In fact, West Loop's Union Park is more than a playground since it doubles as an annual outdoor festival venue for the popular Pitchfork Music Festival. Fashionable, trendy local restaurants also help distance the neighborhood from its uninhabitable days with every taste from fusion sushi to a cluster of Athenian-inspired establishments collectively referred to as the one and only Greektown.

From contemporary bites to fusion fare to succulent sushi, the West Loop is a crowd-pleaser for various types of appetites. Perhaps the most popular dining extravaganza located in Chicago’s West Loop neighborhood, “Restaurant Row”, is a street not to be missed when in search for an array of cuisines.

Newer to the scene and perhaps one of the most unique Chicago dining experiences, Next Restaurant has created a dining experience buzz not similar to any other you may have had in your life! Instead of accepting reservations, the restaurant operates on a ticket policy in which patrons can purchase tickets. The tickets are inclusive of food and beverages, and all sales are final. While Next may be fabulous, do not hold your breath, as it seems the venue is impossible to get into at the moment!

While strolling throughout the West Loop neighborhood, you will surely stumble upon Greektown, essentially a neighborhood within a neighborhood, which is filled with delectable tastes and treats. Chicago’s Greek culture introduced gyros and saganaki (flaming cheese) to the entire country back in 1968. Restaurants opened left and right throughout the late 20th century, and soon, a booming area rich in tradition, culture, and heritage was formed. For unbeatable Greek flavor, dine at the Athena Restaurant, Greek Islands Restaurant, Pegasus Restaurant & Taverna, or Santorini Restaurant. A bakery and café that you shall not pass up (unless allergic to fluffy goodness) is none other than the Artopolis Bakery, Café, and Agora.

Each year during mid-June, Chicago's West Loop neighborhood hosts the Taste of Randolph Street festival. The top-rated West Loop chefs join one another for a 3-day celebration along the 6 blocks of Randolph Street, between Racine Avenue and Peoria Street. In addition to the tasteful eats, festival goers can purchase hand-crafted merchandise and unique artworks.

Chicago's West Loop neighborhood is one of Chicago’s newer neighborhoods. It has only recently begun to be developed, and thus its history is short and fairly straightforward. While the first settlers did find homes right here in the West Loop, much of the area was a warehouse district, full of factories and businesses. When Greektown was discovered later in the century, some commercial sites were developed as well.

In the 1920s Prohibition prompted the Dry Law, and a wave of immigration brought in a diverse group of folks, some of whom only came to work in the factories and ended up residing in the neighborhood by default. The area continued to experience growth, and then 40 years later, when the University of Illinois expanded to open its Chicago campus (located just south of the West Loop), the demand for housing increased significantly. With this housing trend emerging, builders developed new properties and thus, warehouses were converted into modern lofts and condominiums.

Interested in buying a condo or loft in West Loop? Allow our Chicago real estate team to help you through the purchase of your new West Loop property or expertly negotiate the sale of your current residence. As local real estate agents, we're experts on the dynamics unique to the West Loop real estate market. 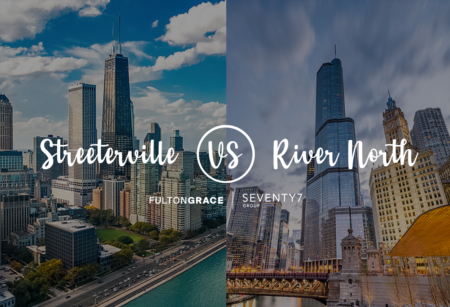