River West Chicago properties are part of the greater West Loop community and bordered by Division St, Grand Ave, and the Kennedy Expressway. The River West area has been transformed from an off-beat warehouse district into quite the happening neighborhood over the past decade. Located just west of the Loop, River West is the neighbor to River North and Wicker Park.

While River West’s location allows for convenient access to both River North and Wicker Park, both known for the hippest of restaurants, entertainment venues and avant-garde art, River West also contains a healthy share of its own hotspots. Read more about River West real estate.

Learn More About River West Real Estate For Sale Below: 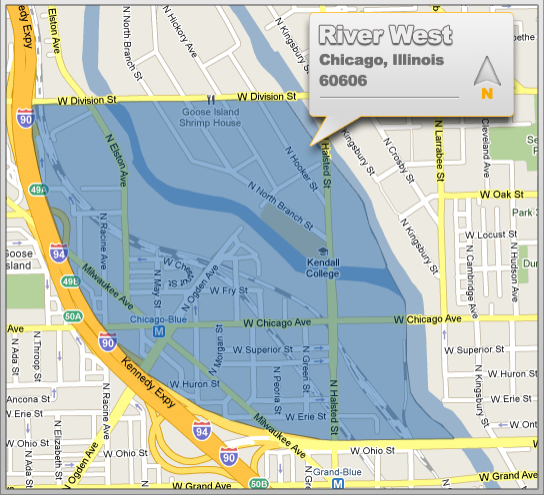 River West Chicago home owners have a collection of some of the city's finest and most fashionable restaurants at their fingertips. Teeming with trendy lounges, bumping clubs and foodies’ favorites, as well as spacious lofts ripe with personality, River West is something akin to Manhattan’s famed Meatpacking District. That River West is a destination for Chicagoans as a whole is a testament to both its popularity and variety. From upscale French cuisine at Avec to taquerías like DeCero, and from plush Middle Eastern fortresses like Al Hambra to seductive wine bars like The Tasting Room, Randolph Street is a Mecca for creative, one-off spots that contribute to River West’s compositional singularity.

Uniquely, not only is living space ample in River West’s real estate with its many converted lofts, but a feeling of space is also noticeable when meandering down neighborhood streets. Wide streets, like Randolph, and a lower skyline (because of the many former factories and warehouses), provide a rare sense of openness for city living. This openness also allows for breathtaking, unbroken views of Chicago’s skyline when looking eastward.

Most River West real estate for sale consists of converted lofts in old warehouses, newly constructed town-homes and three-flats, and mid- and some high-rise condos. While still evocative of its industrial past, filled with the concrete and steel that is brought to life in Upton Sinclair’s, “The Jungle,” the modern flare of newly rehabbed buildings adds to River West’s unique character, making it an appealing locale for a variety of people. 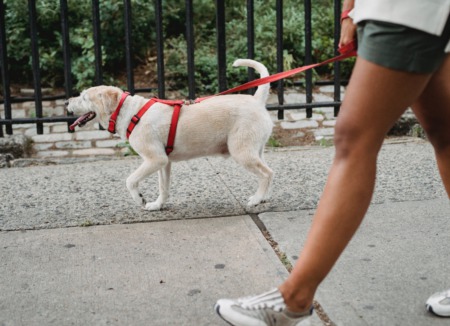