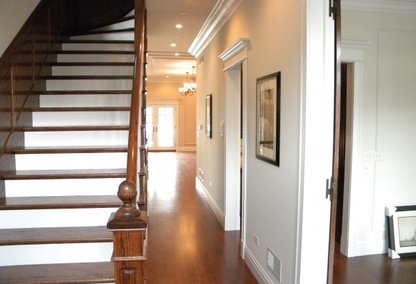 Lincoln Park is an affluent neighborhood situated on Chicago's North Side. And given its prime north side, lakefront location, plenty of luxury rentals are available to local Chicagoans all throughout the neighborhood. In addition, the tree-lined streets and small-town vibe truly allow this part of Chicago to have a great sense of community. For more information on luxury Lincoln Park rentals, contact our team of local real estate and rental pros today at (312) 810-6693

It's no secret that Lincoln Park holds a reputation as one of the most sought-after neighborhoods in Chicago. Even after the secret's been out for years, the area remains as stylish and classy as it's ever been. With fantastic attractions among its main streets (and its namesake park and zoo to the east), Lincoln Park offers what's considered by many to be the very best of Chicago. Choose one of many Lincoln Park luxury rentals today.

Unlike some of Chicago's newer neighborhoods, Lincoln Park offers a staggering variety of residences in buildings from all across the past century. Beautiful vintage co-ops feature old-world charms and exquisite facades, while newer condo buildings stand as sleek and modern complements to the city's rich history. There's something for everyone among Lincoln Park's quiet tree-lined streets—and with Lincoln Park luxury rentals, you don't have to buy to get the best.