Think the summer months are the only time Chicago’s real estate market is hot? Think again. Despite being in the midst of the holiday season and the end of the 2012 rapidly approaching, real estate for sale at Chicago’s Trump Tower at 401 North Wabash is selling like hot cakes. Nick Nastos, a top producer for the SeeChicago Real Estate Network, has been working with a client for the past several weeks trying to secure a fabulous new condominium residence within the acclaimed Trump Tower, but to him and his client’s dismay, that task is proving to be much easier said than done.

Just two weeks ago, Nick showed his potential condo buyer several different units through the Trump Tower sales center, all of which boasting floor plans D and E. At that time, the D floor plan still had 3 units remaining, while two of the E floor plan units they actually walked through and saw. After careful deliberation and just five days later, Nick and his client decide to move forward and make a cash offer on a unit they ultimately decided was the best value.

To their surprise however, a representative from Trump Tower promptly e-mails Nick back explaining that all three D floor plan units had been sold, and only five E floor plan units remain available. Believe it or not, a total of 6 different contracts had been signed in just a three day span at 401 North Wabash.

So with not much left to choose from, Nick and his client next decide to make an offer on an E floor plan unit and waste no more time debating how to move forward. It isn’t long until representatives at Trump Tower come back with a $550,000 price with parking included. Before they even have time to present a counter offer of $540,000, multiple offers were received on the exact same unit and Nick was given the option to submit his client’s best and final offer or simply lose out on the condo. Getting into a bidding war wasn’t in the cards for this homebuyer, so again, another unit at Trump Tower was lost.

As the inventory continues to dwindle, Nick and his client are currently in the process of working out an offer for another unit that’s still for sale at Trump Tower. But because of the unexplainable sales activity Trump Tower has recently seen, the chance of getting a unit at or below $550,000 isn’t likely. In addition, 1 bedroom condos at Trump Tower on higher floors with an even better view are likely now starting in the mid $600s.

So as the holiday season continues to be in full-swing, activity at Trump Tower Chicago seems to be just as busy. Take it from Nick, if you’re considering a new condo in Chicago’s gorgeous Trump Tower, do yourself a favor and don’t wait for the new year—ACT NOW or it will surely be too late as long as this sales trend continues!

For more information on condos for sale at Trump Tower and other fabulous River North locations, contact Ted Guarnero at (312) 810-6693 today! 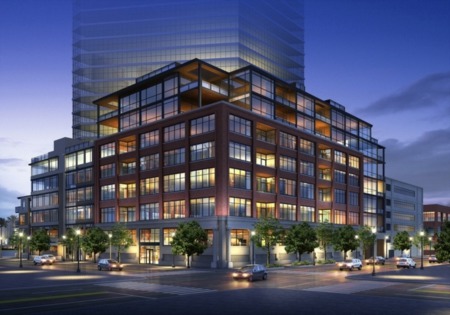 The Ronsley Lofts Are Coming to 678 N. Kingsbury in River North

If you’re going to be in the market for a new luxury condo or loft in Chicago’s River North neighborhood soon, your timing couldn’t ...Read More

Your new favorite place to tipple in River North…

You know that feeling. The one where you just need a good cocktail…five minutes ago.  Speedy, craft cocktails made from high-quality ingredients and ...Read More